Throwing a traditional Irish party for St. Patrick’s Day is a non-traditional American thing to do.

A new idea for this year’s St. Patrick’s Day celebration is to throw an Irish party complete with traditional foods, dances, costumes, and music.

Food is a must at any party. Irish recipes from back in the time of St. Patrick consisted of only a few ingredients, which means they won’t require much of anything to make. Common Irish dishes include soups, boiled dinners, breads, and breakfast.

A traditional Irish Stew consists of goat, which is replaced by lamb in today’s society, potatoes, onions, thyme, and parsley. Mashed potatoes is also an Irish staple and scallions are usually added to them. Apple pie is a classic for desert.

It is a tradition to in Ireland that breakfast can be served at any time of the day, so if you don‘t want to cook a stew this would be a fun option. A classic Irish breakfast includes bacon, sausages, black pudding, mushrooms, tomatoes and eggs all served with Soda Bread and Potato Farl. 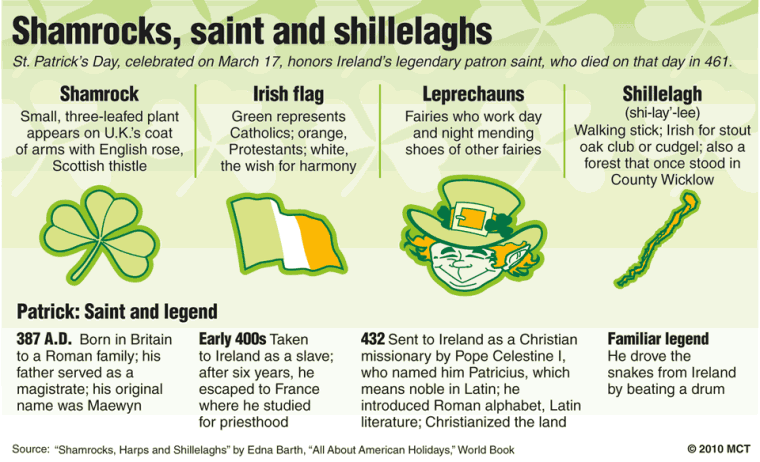 Something important to know is that the Irish celebrate St. Patrick’s Day as a holy day centered around the spreading of Christianity. Keeping this in mind, the American tradition of wearing green is not something they do in Ireland. Wearing a shamrock is what the Irish do to celebrate the day because it is symbol of St. Patrick teaching the holy trinity.

The American tradition of green beer is just that, American. In Ireland you would be lucky to come across a pub that served green beer. Also, it is not a heavy drinking day for them. Until the late 1970s Irish law would not allow pubs in Ireland to be open on St. Patrick’s Day. This means it’s all right to serve plain beer at your party.

So now that you know what to serve, what to wear and what to drink, you need to know what music to play. Traditional Irish music is played on instruments such as the fiddle, flute, tine whistle, Uilleann Pipes, guitar and the bodhran, which is an Irish drum.

Making an Irish themed play list that includes the instruments is a great way to throw classic Irish tradition into your party. If you and your guest aren’t a fan, U2 is an Irish band so they can be used as a backup.

Dressing in a Celtic style for your party and doing river dance or Celtic Dance is a fun activity for your guests to try. You could also play sports such as Irish Hurling, which is similar to rugby, Gaelic Football, which is a mix between rugby and football, or just traditional soccer. Gaelic Football and Irish Hurling have been around for centuries.

The Leprechaun myth is a tradition of the Irish. These little guys are heavy partiers and tricksters, but are also great dancers and musicians. They have magical powers and wear small suites, waistcoats, buckled shoes, and hats. Having a Leprechaun themed party is always a fun option.

St. Patrick’s Day has been Americanized in many senses and we have our own way of celebrating the holiday. Instead of getting decked out in green, drinking till you drop, and watching every parade on television, consider celebrating like they do where St. Patrick came from. This is way to potentially learn and come to have a greater respect for another culture. n