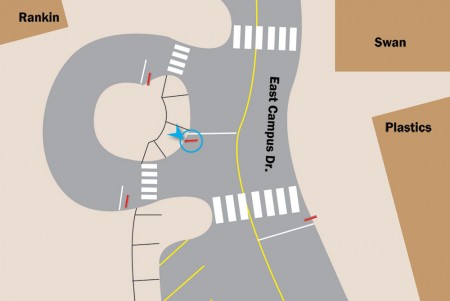 The Ferris campus received a safety upgrade over the summer as stop signs were added and crosswalks were changed.

Director of the FSU Department of Public Safety (DPS), Marty Bledsoe, said crews worked this summer on changing the crosswalks to make them more visible from a distance. Bledsoe said the crosswalks follow a universal design that is used on campuses across the nation.

“We reduced the number of crosswalks on campus, but made them more strategic and more visible from farther distances,” said Bledsoe. 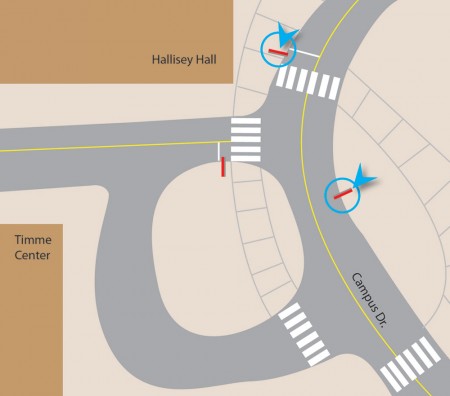 Stop signs were added at the corner of North Campus Drive and Campus Drive in front of the Timme Center to create a three-way stop. This allows drivers to turn with greater ease onto Campus Drive because they no longer have to wait for cross traffic to cease. A new stop sign was also added at Rankin Circle.

Bledsoe said the changes on campus were not strictly implemented to improve pedestrian safety, but safety for drivers on campus as well.

“You could be sued in civil court if you cause an accident,” said Bledsoe. n