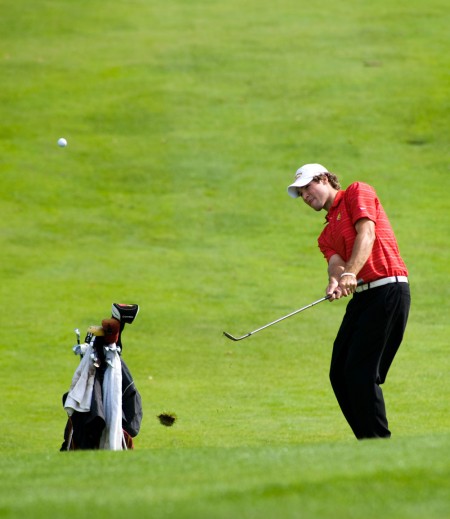 The Ferris State men’s golf team put forth a strong effort as it finished fifth at the Great Lakes Region Tournament in South Haven.

The team finished with a total of 293 shots (+5), 12 strokes behind tournament winner University of Indianapolis. Grand Valley State, Saginaw Valley State, and Drury University finished out the rest of the top five. The tournament field included 23 teams from state all across the Midwest including Michigan, Ohio, Kentucky, Indiana, Illinois among others.

Senior captain Joe Brown was the top Bulldog finisher as he shot an even par 72, which placed 15th overall. Freshman Trenton Davison finished in a tie for 21st place, while senior Garrett Simons and junior Ian Straayer tied for 28th with

The team will be back on the links on Sept. 25 as they compete in the Grand Valley State The Arendsen. n