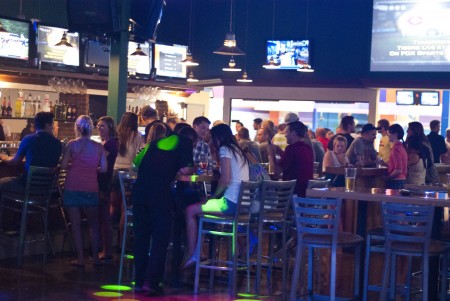 The Gate has had an eventful recent history. Ownership changed hands, many of last year’s returning students were unsure if the local fixture would reopen, and now, over the summer, it shut down for renovations on its bar and grill half.

Business is now back in full swing as of Aug. 21, which marked the grand reopening of The Gate. Many of the partitions and booths have been removed, creating a much more spacious dining area. The tables and chairs have a new, clean glint, and the small stage has its own corner. TVs now ring the entire room and the specials are also being redone.

In addition to making cosmetic changes, The Gate has responded to complaints about customer service by hiring a large number of new employees and altering the training they would be given. Turnover was estimated to be at almost two thirds of the staff.

With a new look for the new school year, The Gate looks to serve the same role as it did previously, but to do so “better than ever.”