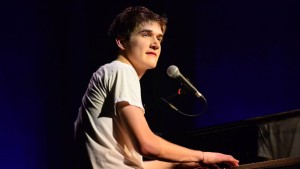 The 24-year-old comedian got his start on YouTube at 16 and quickly rose to national fame. Burnham created and starred in the MTV series “Zach Stone is Gonna Be Famous” and in 2013, released “Egghead,” a book of comedic poetry. He will soon release his third stand-up special.