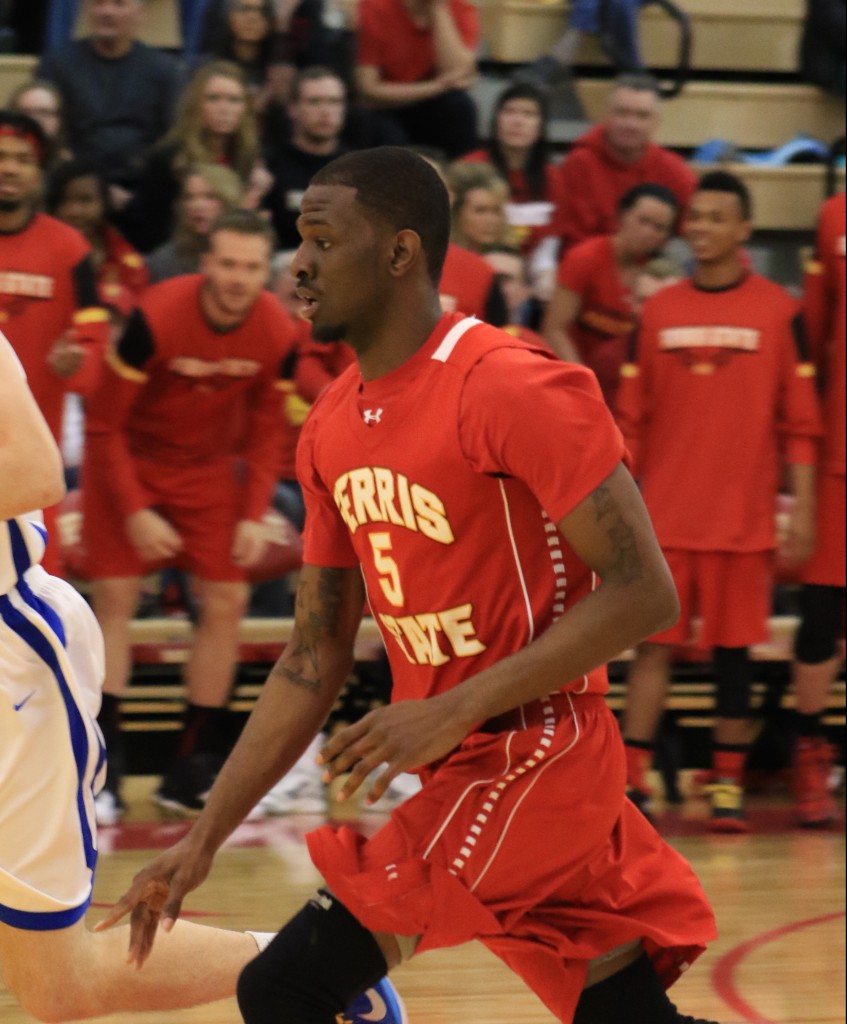 Photo by: Aubrey Kemme | PhotographerSenior guard James Chappell guaranteed that the Bulldogs would be crowned champions of the GLIAC before the tournament began. Evidently, Chappell can predict the future.

Somebody get James Chappell a crystal ball.

Prior to the GLIAC Tournament, Chappell, a senior forward on the Ferris State men’s basketball team was quoted saying, “We’re going to win the GLIAC Tourney, just watch.” This was a bold statement coming from a player whose team had lost the last five games of their regular season.

Regardless how bold the statement, Chappell’s prediction was right. The No. 6 seed Bulldogs outlasted the No. 8 Walsh University Cavaliers 76-59 to win their second straight GLIAC Tournament Championship.

The Bulldogs started off slow and didn’t lead until there were 4:58 remaining in the first half, but once they got the lead, it was not relinquished.

A combination of solid post play and depth were the deciding factors in the game, as the Bulldogs outscored Walsh 42-6 in the paint and 35-4 in bench points.

Four players scored in double digits for the Bulldogs, and 10 players made at least one basket for Ferris State. Junior guard Quentin Ruff led the Bulldogs with 12 points, shooting 3-of-4 from three-point range in the contest. Sophomore forward Noah King and senior center Jared Stolicker added 11 points for Ferris State, and senior guard Josh Fleming tacked on 10 points of his own.

The Bulldogs made 32-of-60 shots from the floor and only turned the ball over three times in the game.

With the win, the Bulldogs have clinched a spot in the Div. II NCAA playoffs. The Bulldogs received a No. 7 seed in the Midwest Region and will play the No. 2 seed Bellarmine University Knights on Saturday, March 12, in Kenosha, Wis. in the first round of the Div. II NCAA Tournament. The time of the game is to be announced.