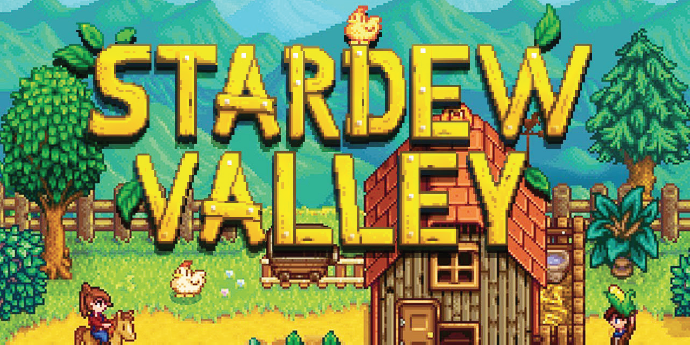 Hello, my name is Jen. I’m not addicted, but I’ve spent 17 hours playing a video game over the past two weeks, so I guess you could say I have a new obsession at the least: Stardew Valley.

Stardew Valley is an RPG (role-playing game) for Windows that was released in February. Even though it’s only been available for a short time, it’s a top game on Steam, which an internet-based distribution gaming platform.

The storyline begins as you quit your crappy corporate job to take over your Grandfather’s farm. Yes, a farm. Stay with me. You live a humble life on the farm, growing crops to sell and raising animals, but there’s so much more to this game than that. It would be hard to fit all the details in a single article, but all the attention to detail is what makes the game so cool.

While living in the game, you learn to catch fish, work in the extensive mines to procure raw materials and other valuable objects and help to save the little town from the invading “Joja Corporation.” Joja is basically the ‘enemy’ in the game and threatens to put all the small business owners out of shop.

You can interact with all the people who live in the town and form relationships with them. Like real life, there are friendly residents in the town and rude ones. Every character has a unique schedule and it changes with the seasons. You can even get married in the game to your favorite single character after you build up their number of “hearts.” By talking to the character often, giving them gifts and getting on his or her good side when you’re given a choice in dialogue, the character’s number of hearts will increase. When it gets to ten, you can marry them.

Not only is the game fun and relaxing to play, but it has a pretty cool story behind it as well. A first-time game developer named Eric Barone made this game. ONE GUY. Of course, since its launch it’s been updated and added to, but the fact that one man who had never developed a game before pumped out this detailed RPG after four years of work is incredible.

If you’re into casual, relaxed PC games in which you can escape from real life, try Stardew Valley if you haven’t already. It’s $15 on Steam and you can play it as much as you want, even after the storyline ends. It’s worth the hype.