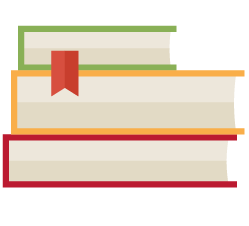 There is nothing worse than buying a required textbook only to find out a month later that you’re never going to use it.

After much frustration with the inability to find the perfect book, some Ferris professors have taken it upon themselves to write their own textbooks.

“We wrote it because of the lack of good books in the field. All the books were either graduate level stuff, heavy on the theory and hard terminology, language, that sort of thing, or they were very scattered all over the place,” Groves said. “So we decided to break down and write a book for the class.”

“I taught a similar course at another institution where two colleagues and I spent a summer writing our own chapters,” Alspach said. “That course was an introduction to communication course, but the material seemed appropriate for the communication theories course here at Ferris, where we wanted a text at the 200 level, but none of the texts we examined at the time included a unit on rhetorical theories.”

“Originally, the book arose from a need for an accessible and relatively inexpensive textbook for college children’s literature courses. I wanted a brief work that provided students with the contextual background, a general overview, without overwhelming them with detail,” Russell said. “The first edition was developed over a period of five or six years, during which I assembled materials largely taken from my own children’s literature courses and my reading.”

“Every writer does it differently, but my book evolved from a great deal of reading both children’s books and children’s literature criticism, and also from my own classroom experiences.” Russell said. “I have learned a great deal from my students throughout the years.”

Although every writer differs, each instructor emphasizes the importance of revision.

“I tend to write in spurts—there are days when I feel energized and creative—and these are followed by days when nothing seems to happen. For me, the most important times are when I reread and revise what I’ve written,” Russell said. “Revision allows you to clean up the mess you made yesterday. I love revision.”

The main goal of writing each of these textbooks was to write a textbook for the class, rather than shaping a class around a textbook.

“In the end, there is something very satisfying about holding the finished book in my hand,” Russell said. “It is not often that teachers get to see tangible evidence of their work. It’s a good feeling.”