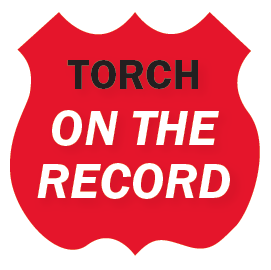 Editor’s Note: Below are some of the most outlandish On the Record reports from the 2016/2017 school year. To see more reports like this, click here.

Stranger danger
Aug. 23, 3:12 p.m., officers assisted the Big Rapids police in locating a wanted vehicle. The vehicle was involved in an incident in front of JCPenny’s during which a female believed she was being abducted. The claim was the result of a miscommunication and was ultimately unfounded.

An unpleasant crunch
Aug. 24, 5 p.m., officers responded to a report of a car driving on the sidewalk in order to load things into the vehicle, and running over a child’s bicycle in the process.

Clearing the air
Sept. 12, 5:15 a.m., Big Rapids Fire responded to the Automotive Building to a smoke complaint. Smoke was discovered when the building was opened for classes that morning. A malfunctioning machine was found to be the source and fans were used to clear the building.

Did you not have a trash can?
Sept. 18, 4:30 a.m., officers investigated a report of a subject vomiting out of a fifth floor window in Cramer Hall. One student was referred to the Office of Student Conduct.

Eww
Sept. 27, 10:30 p.m., officers responded to a report of assault in McNerney Hall regarding a student that had a liquid thrown on them. The victim alleged that the liquid was urine but the suspect argued that it was apple juice. The suspect was identified and a warrant was sent to the prosecutor’s office.

Hurling hot sauce
Oct. 8, 10:30 p.m., officers responded to a report of a disorderly subject in the Rock Café. A male student was chasing a female student around the dining area and throwing hot sauce at her because she had taken his hat. The individuals were escorted from the premises.

Creeping clowns
Oct. 17, 12:40 a.m., officers investigated a report of disorderly conduct in the South Quad. The incident involved three subjects dressed as clowns that knocked a fan out of a window in McNerney Hall. All three individuals were identified and referred to the Office of Student Conduct.

DIY battering ram
Oct. 23, 3:15 a.m., officers assisted the Sherriff’s Department with a breaking and entering report at University Park Suites (UPS) apartments on 14 Mile Road. A highly intoxicated 20-year-old was trying to break into what he mistakenly thought was his girlfriend’s apartment which, according to neighbors, involved attempting to fashion a “Welcome” sign into a battering ram and breaking the door. A male living in the apartment came out to investigate what was going on, and the intoxicated individual went on to accuse him of sleeping with his girlfriend. The subject was apprehended and lodged in jail for attempted home invasion, malicious destruction of property and being a minor in possession.

Peeping Tom
Oct. 31, 2:50 p.m., officers responded to a report of a disorderly subject in the lower level of FLITE Library. The suspect was observed attempting to take photographs under the wall of the bathroom stall in a gender neutral bathroom.

Open season
Nov. 12, 9:15 a.m. officers responded to a report of a damaged vehicle near the Heavy Equipment Center. Evidence indicated that a deer had run into the parked car and caused damage.

On the run
Jan. 14, 3:50 p.m. officers responded to a report of a stolen vehicle from Lot 46. A juvenile suspect gained entry to the locker rooms during a basketball game and took money and car keys. The suspect drove to Lansing before being located by family members and brought back to Big Rapids where a petition was filed with the juvenile court.

Wrong road, champ
Jan. 29, 1:15 a.m. officers stopped a vehicle driving on the sidewalk near Lot 39. The driver was ticketed for driving without a license as well as operating a vehicle on the sidewalk.

Couldn’t hold it
Feb. 6, 12:40 a.m. officers responded to a report of a disorderly subject in Cramer Hall that had urinated in the hallway. The subject was identified, issued an MIP and was ticketed.

Mario Kart isn’t real life
March 18, 2:15 a.m. officers responded to a hit and run accident in Lot 54. Three parked vehicles were damaged and the driver of the vehicle responsible was located and ticketed for careless driving and failure to report.

Friendly rivalry
March 24, 6:10 p.m. during the Music Takes Action event in Wink Arena, officers arrested a visiting Central Michigan University student for disorderly conduct. A Ferris student involved themselves in the arrest and was then arrested for interfering with police business.

The Rock would’ve been appropriate
April 22, 10:15 p.m. officers investigated a report of a student throwing rocks at the University Center. The suspect was contacted and ticketed for disorderly conduct and MIP.