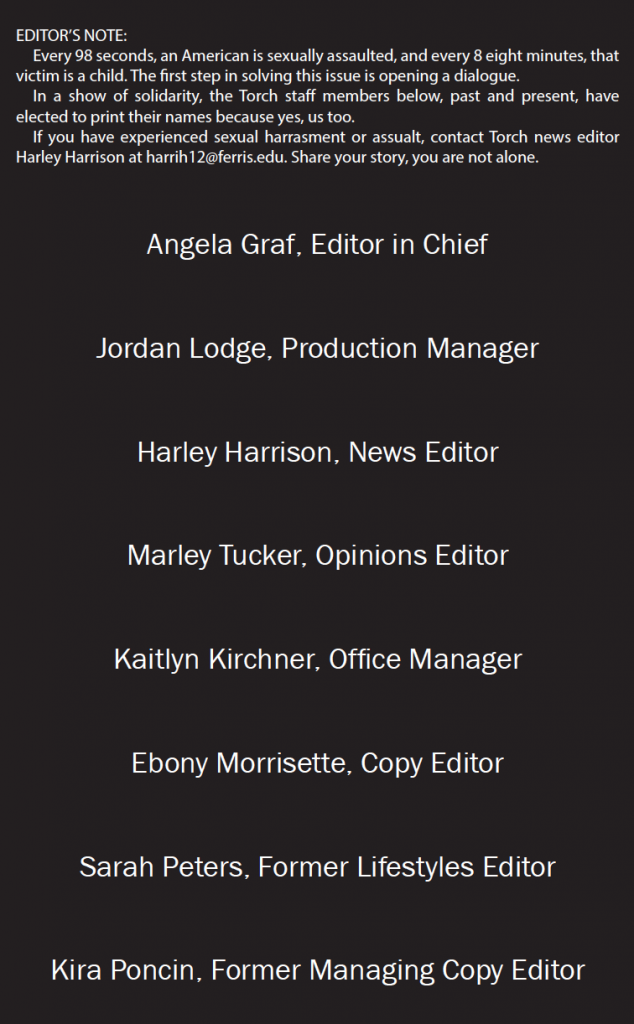 Your social media feeds are filled with statuses and tweets declaring: “Me too” and hopefully you’ve had an epiphany about sexual assault.

If you’re still confused about this trend, “Me too” is a campaign that is asking survivors of sexual assault and harrasment to update their social media statuses to “Me too” in order to bring awareness about the severity of sexual assault to those not directly impacted by it.

Hopefully, you’re starting to visualize the statistics that some of us know by heart, like the fact that one in four women in the United States has been sexually assaulted or that 10 percent of sexual assault victims are men.

But if you’re a survivor, this campaign might mean something different to you.

Many survivors keep their assault a secret, even from their friends and family. Not only do victims have to face the trauma of sexual assault but some deal with victim-blaming or shaming by others.

However, this social media trend is uncovering secrets and uniting survivors throughout all ages, races and genders. Survivors now have a visual representation and reminder that they are not alone, while everyone else is able to get a glimpse of how serious the matter truly is.

If you don’t think this movement is going to change anything, I encourage you to think again.

The “Me too” campaign started in 2007 but this year its popularity has shattered ceilings because social media has become such a massive part of our society. Now sexual assault has everyone’s attention, igniting a global discussion.

But we cannot stop here. We need to take a firm stance against sexual assault, not because we are survivors or we know survivors but because we are decent human beings who shouldn’t be tolerant of a crime where the blame often falls on the victim while the criminal walks free.

It is time for us to destroy rape culture by reporting our abusers and testifying for justice. We need to demand that rape kits get tested and “locker room talk” sees its deserved consequences. We need to stop accepting and forgetting the rapists who walk free after only three months in prison or the rapists who never even get convicted. We must stop being inactive bystanders and we need to stop shaming the survivors who desperately need our support.

For any survivor who might be reading this, we encourage you to share your story when the time is right. We want to let you know that you are not alone and that your assault was NOT your fault.

Despite how heartbreaking it might be to see status after status claiming “Me too,” my heart is instilled with hope, because this movement is just the first step.