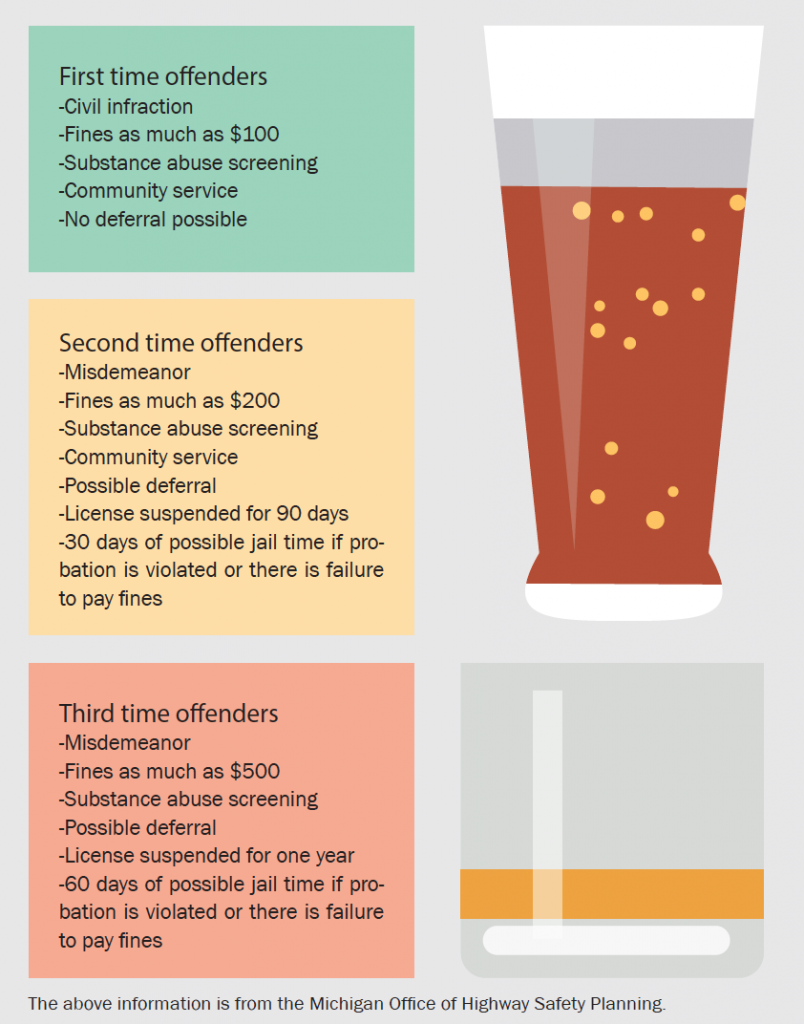 With the start of 2018, Michigan minors will no longer be charged with a misdemeanor for Minor in Possession (MIP) violations.

In December 2017, Michigan Governor Rick Snyder signed legislation that lessened the penalty for first time MIP violations in the state. What this change means is that instead of first time offenders being charged with a misdemeanor, they will instead be issued a civil infraction, which is in the same category as a speeding ticket.

In Michigan, a misdemeanor can stay on a criminal record permanently if the offender does not meet very specific criteria to have their record expunged. A civil infraction, however, is a much less serious offense.

The new change has sparked controversy, even among students.

“I think it’s a really good idea, especially for incoming students. At college, you’re in a new environment, you make mistakes and you do things you probably wouldn’t have done if you were at home. Just because people do things and try things out, why prevent someone from getting into their program or from what they want to do with their life and have [a misdemeanor] affect their whole life?” Ferris nursing senior Harmin Gill said. “When you’re 17 or 18, decisions you make that young shouldn’t affect what you do for the next 50 years of your life, so I think it was a really good idea to decriminalize it.”

Some Ferris students think that the change could lead to more recklessness from minors who consume alcohol.

“I don’t think this law is going to change anyone’s opinion on drinking. I don’t think anyone who was not drinking before is simply because they didn’t want to get an MIP, I think they weren’t drinking for personal reasons. I feel this law won’t increase drinking but we may see an increase in MIPs because people might become a little more reckless. I think it might make people a little less afraid to get caught,” Ferris accounting freshman Bobby Gill said.

The new changes came into effect Jan. 1 and more information can be found at Michigan.gov/ohsp.