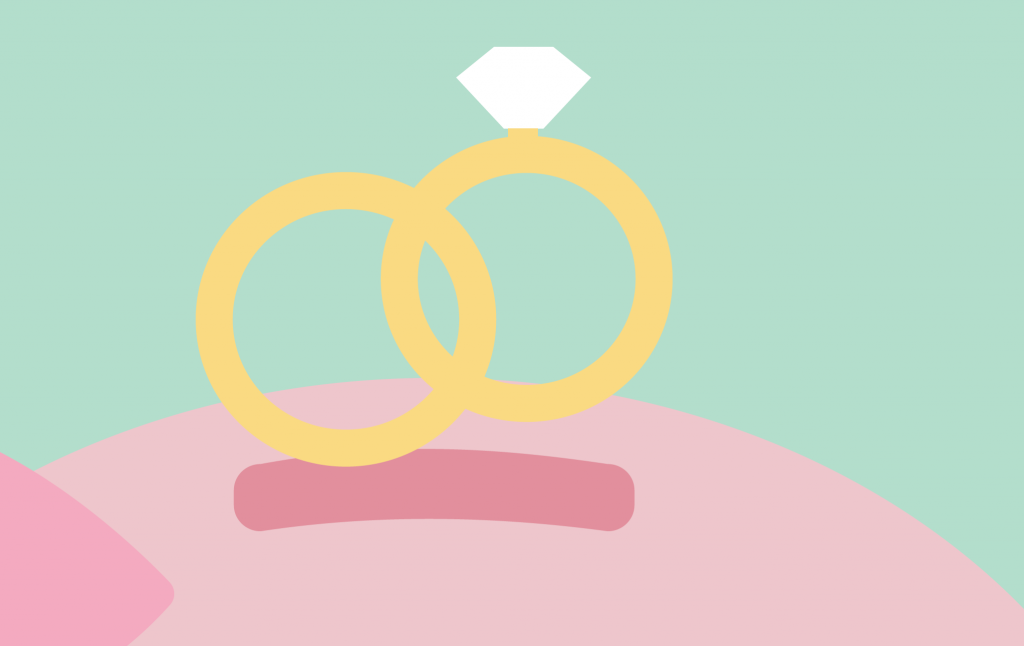 In honor of approaching Valentine’s Day, and also because this is the topic I’ve had on my brain for the last month, let’s talk weddings.

Valentine’s Day is peak proposal time in the United States, so if you’ve been in a serious relationship for quite some time, it might be time to pop (or answer) the question.

When you start planning, or even just thinking about a wedding, usually one of the first questions to come to mind is this: why are weddings and everything revolving around them so fricking expensive? I’ve done quite a lot of research lately and got to what appears to be the bottom of that question.

The answer is actually relatively simple: because people are willing to shell out money towards their chance to throw the greatest party of their lives.

According to “The Knot,” the average wedding cost in 2016 was $35,329 in the United States. If you need that from another perspective, that’s more than the 2018 Chevy Malibu’s base manufacturer’s suggested retail price (MSRP) of $21,680, according to Edmunds.com. If you’re planning on getting married in a major metro area such as Chicago, New York or even just Detroit, be prepared to pay more than that.

Let’s back up for a second. Most of our parents and grandparents had humble weddings. I know mine certainly did. So besides inflation, why is our generation being milked for cash not only by higher education but also by the wedding industry? My theory is that people started low-key competing to have the grandest wedding and it got out of hand from there. The true purpose of celebrating love with friends and family turned into a competitive game.

The people who wanted the most extravagant weddings set the bar for everyone else, resulting in a plethora of goods and services that cost way more than they should. Furthermore, your guests will still be expecting those things, from the three-tier, fondant-wrapped cake to the open bar.

So knowing that we can’t change the prices of those goods and services (unless you’re a really good negotiator), how do we keep some cash in our bank accounts after deciding to get married?

What I’ve found to be the most helpful is to think about what’s important to you and what isn’t. For example, flowers aren’t really that important to me, so I won’t be paying for real stems. The dress was more important to me than the flowers but I still stuck to my guns that the average $1,000 or more was ridiculous to spend on a dress that you wear for one day. On the other hand, photography is something that is important to me, so I’m willing to pay a little more for an experienced, talented photographer.

It’s all in the value that you believe you’ll be getting for your money. It’s easy to get caught up in all the details but at the end of the day, all you’re really obligated to do is sign a marriage license. You can still have a fantastic party, even without all the bells and whistles—all you need is a good attitude.

Click here for more from the Torch’s Opinions section.