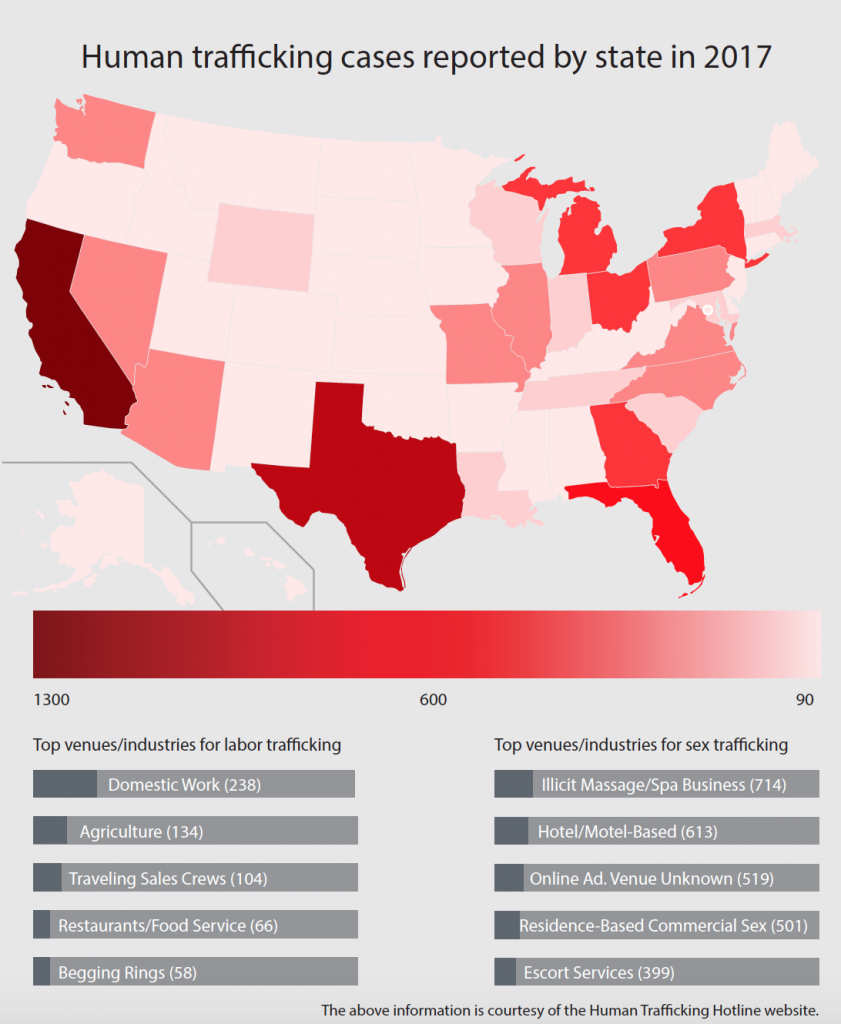 The Michigan Department of Health and Human Services website defines human trafficking as a modern-day slavery in which traffickers profit from controlling and exploiting others by force, fraud or coercion, with many victims forced to engage in commercial sex acts or solicit labor.

Christensen was the Assistant Event Coordinator for the Interprofessional Conference on Human Trafficking Awareness (ICHTA) held on campus on Monday, April 10, and Tuesday, April 11. Ferris Hospitality Management faculty and ICHTA coordinator Karyn Kiio said the event was a volunteer effort and it had personal impacts for her.

“It’s a grooming process as well that happens and it’s finding insecurities,” Kiio said. “A trafficker finds insecurities that are cracks in the wall where they can get into the psyches of these women and men and children and break them apart and be the ear that they never had, be the place they never had to live, be the person who loves them. So we need to make people aware that this issue is bigger and deeper than they think. They think they know what this crime is—they are only scratching the surface usually.”