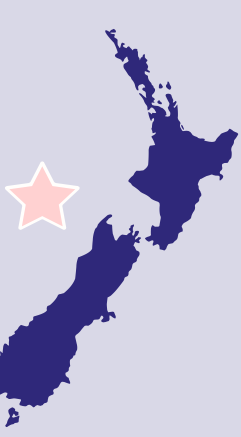 The recent mass shooting in New Zealand may have happened across the world, but many Ferris students still feel the tragedy hit home.

According to CNN, the suspect was 28-year-old Brenton Harrison Tarrant. There are at least 50 known casualties and another 50 individuals wounded during the gunman’s rampage, which targeted two mosques in the city of Christchurch, New Zealand.

Ferris electrical and electronic engineering senior Ahmed Alshammari was one student who felt deeply affected by the attack.

“It is very hard for us to think about what happened in New Zealand. Not because tragedies of that proportion don’t happen in different parts of the world, not because it is the first time a place of worship was attacked in a western, supposedly peaceful country, but because how much of ourselves that we can see in the people there before their lives were taken from them,” Alshammari said.

Alshammari is the president of committees at the Islamic Center of Big Rapids, where its members prayed for victims and their families following the tragedy.

He also spoke at a Ferris memorial event that honored the victims March 19 in the Interdisciplinary Resource Center. Ferris President Dr. David Eisler addressed the event in a university-wide email.

“I want to personally thank our faculty, staff and students who organized this gathering,” Eisler said. “Especially at this time, we need to reach out to Muslims in our community and tell them we care about them, we want them here and that our university is a safe and comforting place for them as they suffer from this tragedy.”

According to USA Today, the gunman is a self-described white supremacist. Before the attack, he wrote a 74-page manifesto promoting racism, terrorism and murder. The document has been banned under New Zealand law, and the country is currently working toward reformed gun laws.

To spread his message of hate, the gunman reportedly streamed video footage of the shooting on Facebook Live.

Alshammari said that he does not encourage anyone to see the brutal footage of so many innocent people’s last moments.

“All of them were sitting in the masjid, and the last thing that they had going through their minds was that someone was going to come in and shoot them dead on Facebook Live for the world to see, with the intention of not just terrorizing them but terrorizing everyone that would be exposed to that terror,” Alshammari said.

Despite the harmful message behind the tragedy, Ferris students can still use the attack as an opportunity to come together.

There are students from 40 different countries on campus, and the tragedy should inspire students to engage with others who have different beliefs than themselves, Ferris Assistant Director of the Office of International Education Lisa vonReichbauer said.

“It’s important for Ferris students to take advantage of this opportunity in their life to engage with and experience ‘the other:’ people who have other beliefs, other religions, other ethnicities, other experiences. Because when you take that opportunity to engage with ‘the other,’ you realize that they’re not necessarily ‘the other.’ They are us,” vonReichbauer said.