Over twenty-hours after the story was first released about physical sciences professor Thomas Brennan’s alleged Twitter account, the university has yet to release a statement. Since then, more evidence has been discovered linking Brennan to the Twitter account.

Brennan’s YouTube page on which he posts lectures also uses the same profile photo as the Twitter account (@Thomasb57121856) under his name. The Twitter account went public in the evening hours of Wednesday, Nov. 18 for a short time and was then made private again.

Say, I have a channel I've made on youtube for the physics class that I teach. Give me a thumbs up or subscribe if you like it. Here's 'why' planes fly: https://t.co/e0Vn3CexPG

The Ferris course catalog confirms that Brennan taught five sections Physics 211 at Ferris in the spring semester of 2020.

Gab labels itself as a site to “protect free expression, decentralize the web, and democratize access to information for all people, everywhere.” However, it has been labeled in the past as a platform for extremists, most notably the convicted felon involved the Pittsburgh synagogue shooting in 2018. The New York Times article about the Pittsburgh shooting called the site a “social network that bills itself as a ‘free speech’ alternative to those platforms, and that has become a haven for white nationalists, neo-Nazis and other extremists.”

In the short time the account was made public again, numerous tweets were discovered with antisemitic and xenophobic attacks directed at Israel. Tweets were also discovered targeting Israeli students and Jewish coworkers. 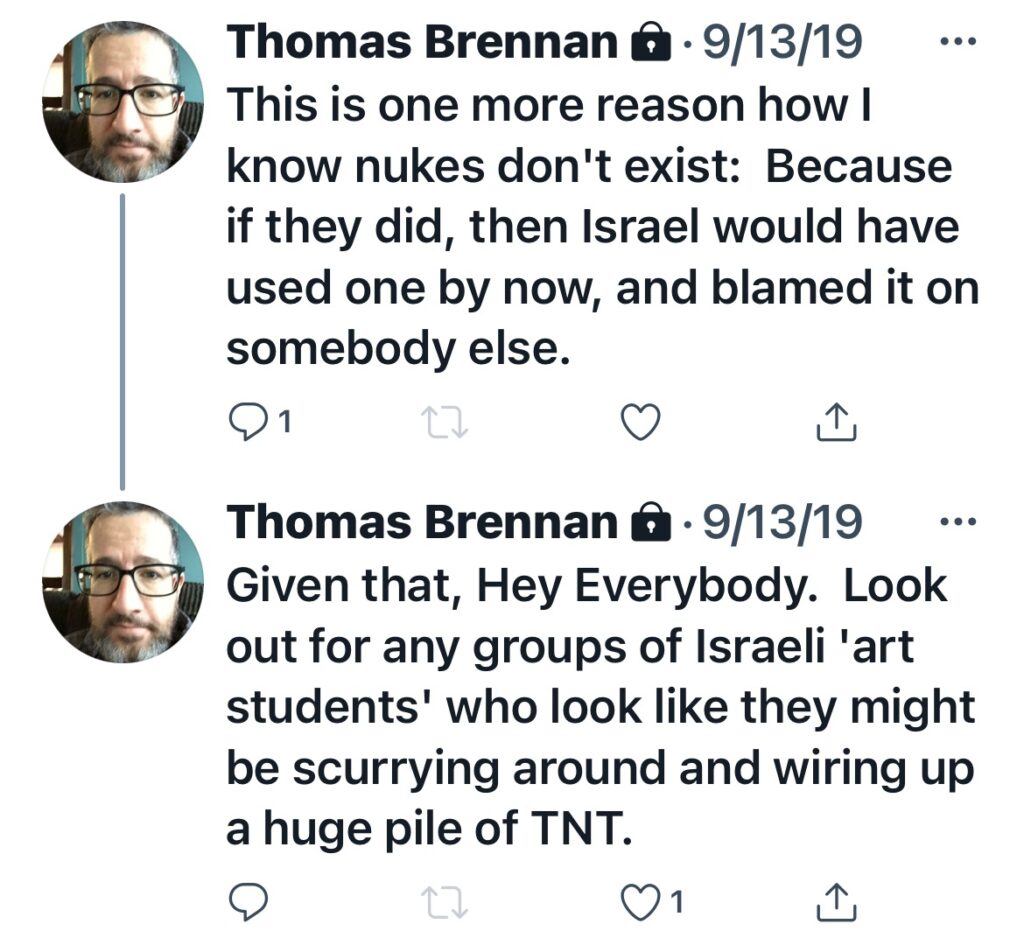 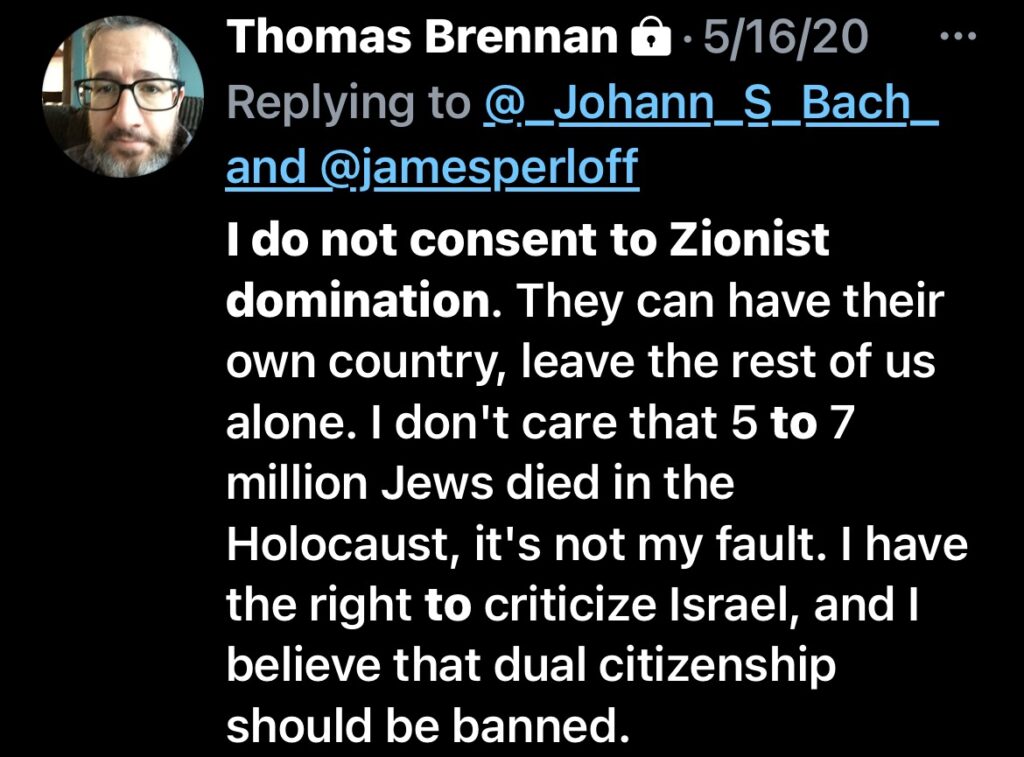 The website linked to the Twitter account identifies Brennan again as a Ferris professor and has hyperlinks to Brennan’s book “Understanding Sonoluminescence” and a draft of his book “General Relativity and the Dirac Equation.” The website says Brennan manages the Rawlinson Observatory at Ferris, with a link to the weather archive photos, which show North Hall dormitory on campus. The Ferris website confirms that Brennan runs the observatory as of 2015.

The Ferris core values of diversity on the website and code of ethical community standards states that the university “commits to be an inclusive university community that respects the dignity of the individual and promotes the acceptance of others. Ferris implements policies, procedures, and actions to promote transparency, advance our mission and foster integrity, civility, and respect within and beyond the university.”

The Torch contacted the President’s Office yesterday and this morning seeking a statement and was told the matter was being investigated and statement has yet to be prepared. In a call back from a representative, President David Eisler defaulted any comments to news services and social media manager Sandy Gholston, who was not immediately available for comment.

Ferris vice president for diversity and inclusion David Pilgrim did not respond to a request for comment. Brennan still has not responded for a comment.

Members of the Ferris community responded to the Torch’s Facebook post with the original article. Professor of social work Rita Walters said she was “embarrassed and ashamed, not for his racist, anti-Semitic comments but that Ferris administrators tolerate and permit such behavior. My heartfelt apologies to our students, especially those of color.”

Ferris student Charnice LaGrone commented that “as a student of color… I am disgusted, offended, and just hurt.”

This is a developing story and the Torch will continue to update it as information becomes available.

Ry Rodriguez, Noah Kurkjian and Brendan Sanders contributed to the reporting of this article.