The Anti-Violence Alliance plans to host an exhibit in April 2021 to display sexual assault victims’ clothing and they are looking for clothing donations.

This exhibit entitled “What was I Wearing?” will show various outfits women wore the night they were sexually assaulted. The AVA asks Ferris students who would feel comfortable sharing their stories to donate their clothes for this event. Everything will be anonymous.

1 in 5 undergraduate women experience rape or sexual assault during their time as a student. Sexual assault survivors are often asked what they wore when they were assaulted. That question is the problem that needs to disappear.

Sacred Beginnings is one group that works to remove the multiple stigmas surrounding victims of sexual assault. It is “the first survivor-led peer mentored program in Michigan for women who have been sexually exploited/trafficked.” Their social work intern Tara Boutelle brought the event idea to Ferris and partnered with the AVA to make it happen. 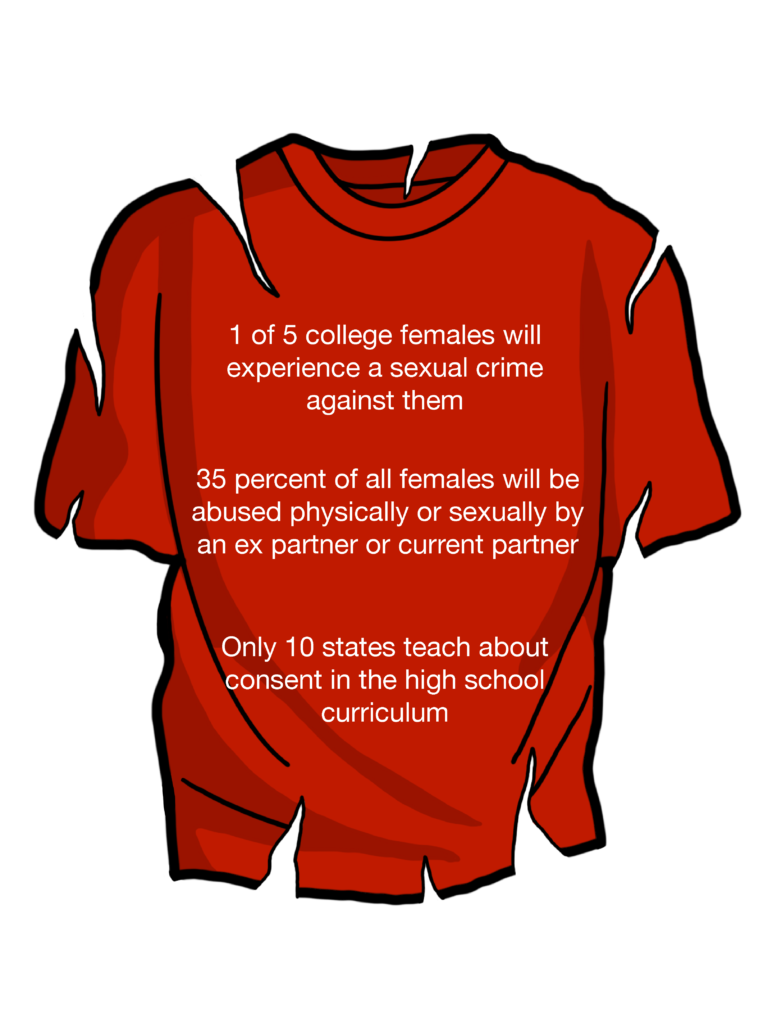 ts every single campus,” Boutelle said. “I want Ferris survivors to know that they are loved, that they are not alone, and that it was not their fault. Survivors will be asked the question ‘How would you have best felt supported during that time?’ so that friends of survivors can know how to best walk alongside them.”

Boutelle believes that students should understand that sexual assault occurs on every campus. She emphasized the importance that no means no regardless of their outfit choices. Clothes cannot say “yes”.

Victim blaming is one of the most common consequences for victims after sexual assault occurs. People find reasons to blame the victims when it is actually the perpetrator’s fault for committing a heinous act. This is an unhealthy cycle that Boutelle, the AVA, and more groups want to fix.

“I know what it feels like to be looked at only as an object for someone else’s pleasure,” Boutelle said. “I know what it feels like to experience shame, hurt, and helplessness. I don’t want anyone else to feel that way, and while I know that I cannot singlehandedly stop sexual assault from happening, I can send the message that survivors are not alone. I want to create a platform where survivors can take back what was stolen from them- their voice. The most powerful thing we have.”

AVA Violence Prevention Coordinator Raven Hills has been involved with the group since Aug. 2020. She enjoys collaborating with Ferris to educate students about healthy relationship behaviors and teaching them how to help as a bystander in potentially harmful situations. Hills shared what this exhibit means to her.

“It means an opportunity to lift up survivor stories, center survivors’ experiences in our prevention work, and educate the broader community on some of the barriers survivors face when disclosing,” Hills said. As a society we focus far too much on the survivor’s behavior, actions, and words instead of on the actions and motivations of the perpetrator. My hope is that this exhibit will show people that sexual assault is about power and control, not a survivor’s choice in clothes.”

The exhibit will show different types of clothing worn by sexual assault victims. Next to each outfit will be the anonymous victim’s story or anything they wish to share about their experience.

Liberal arts sophomore Sydney Mingori is a Peer Educator within the AVA and she has been a member of this group for a year. The “What was I Wearing?” exhibit personally resonates with Mingori while the AVA plans for it.

“I have known people who have been victims of various forms of Domestic violence, or intimate partner assault,” Mingori said. “I know how it is to feel like no one will believe you, and how alone you feel when instances like that happen. What the AVA does is let those who have survived sexual violence know that they are not alone and that they believe them.”

The AVA hopes that the “What was I Wearing?” exhibit will be available for students to visit in person and virtually during the month of April. This will be for Sexual Assault Awareness Month.

A poll or Google Form will be sent out to students and those interested in donating clothes and sharing their stories will then receive further information.