Tennis was able to put that first W in the win column this weekend with both men and women’s teams beating Tiffin University.

With dominant victories on Friday, confidence is growing among Bulldogs tennis that the team will see a successful season. Both the men’s and women’s team saw 5 – 2 victories over the Dragons of Tiffin University. This put the men’s team at 1 – 2 on the season while the women’s team is 1 – 3.

All of the losses were to Division I opponents such as Western Michigan and Valparasio. Coach Mark Doren thought those early-season contests provided great preparation for the rest of the season.

“To go down there and compete and earn the respect of these bigger schools with these bigger budgets, bigger players, you know, just more experience. I think it really just showed us what we could do.” Doren said. “We’ve said we probably won’t play another team as good as those teams. And we competed with them. And so if we can do that, you know, that’s what, that’s why we do it at the beginning of the year. That’s why we scheduled like that just to give us the opportunity.”

The strong competition made the battle against Tiffin that much easier. The men’s team suited up first on Friday, starting at noon with the doubles matches. The team won the doubles point after all three doubles teams won, 6 – 3, 6 – 3, 6 – 4.

The team went on to win four out of the six singles matches, with Jan Koupil, Yannic Mader, Benjamin Lortie, and Josh McDermott all getting victories on the day.

The singles match saw a similar result as the men’s match, with the team seeing four victories and two losses on the evening. Isabela Paixao, Agata Klak, Patricia Gomez, and Brittany Lavenant.

The final match was won by Lavenant, who won in a ten-point tie break after splitting the first two sets. She would win 7 – 6, 5 – 7, 12 – 10 against Tiffin’s Emily Sim. She described the battle against the left-handed player.

“Oh, it was tough. Don’t play a lot of left-handed players.” Lavenant said. “So that’s always an adjustment, especially with our services just because they know how to kick it into your body. So that was difficult. And then also, for her being lucky, she knew how have like opened up the court hitting a ball inside out.”

For photo’s of the matchup check out the photo gallery on at fsutorch.com. 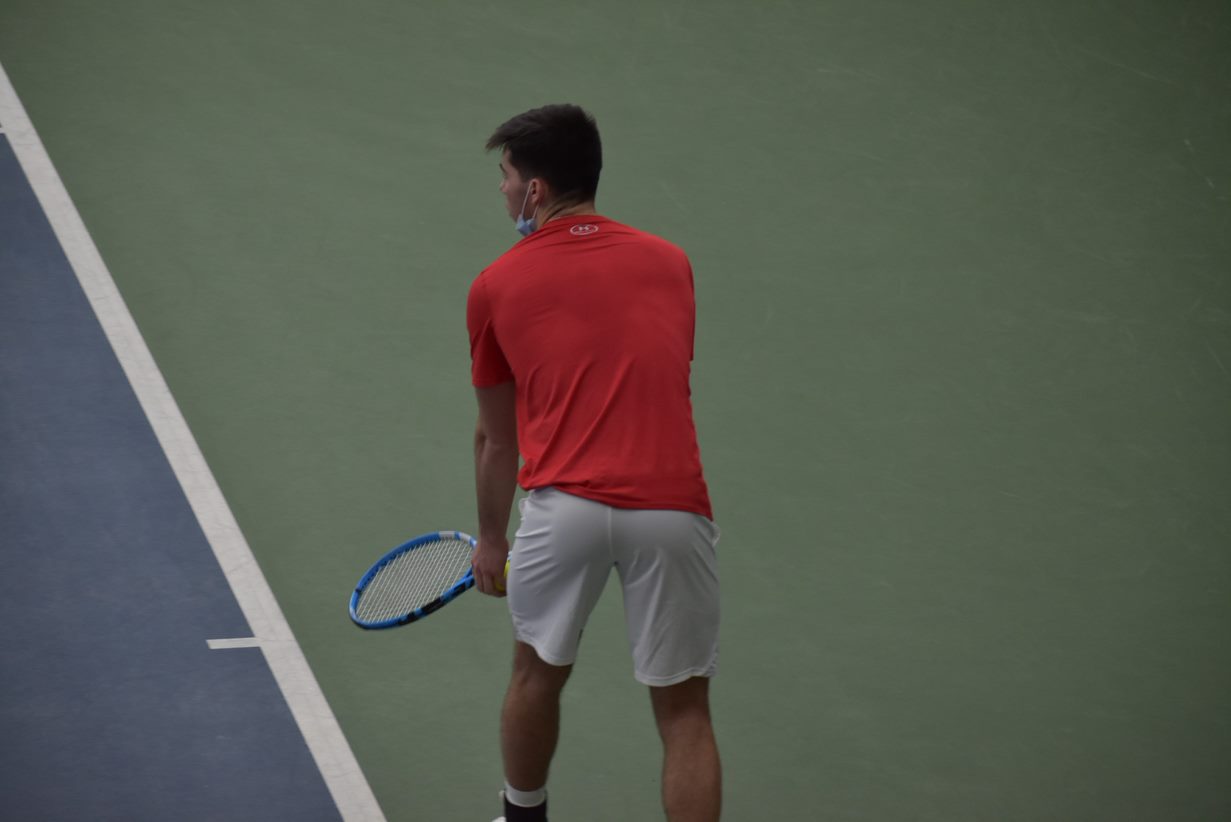