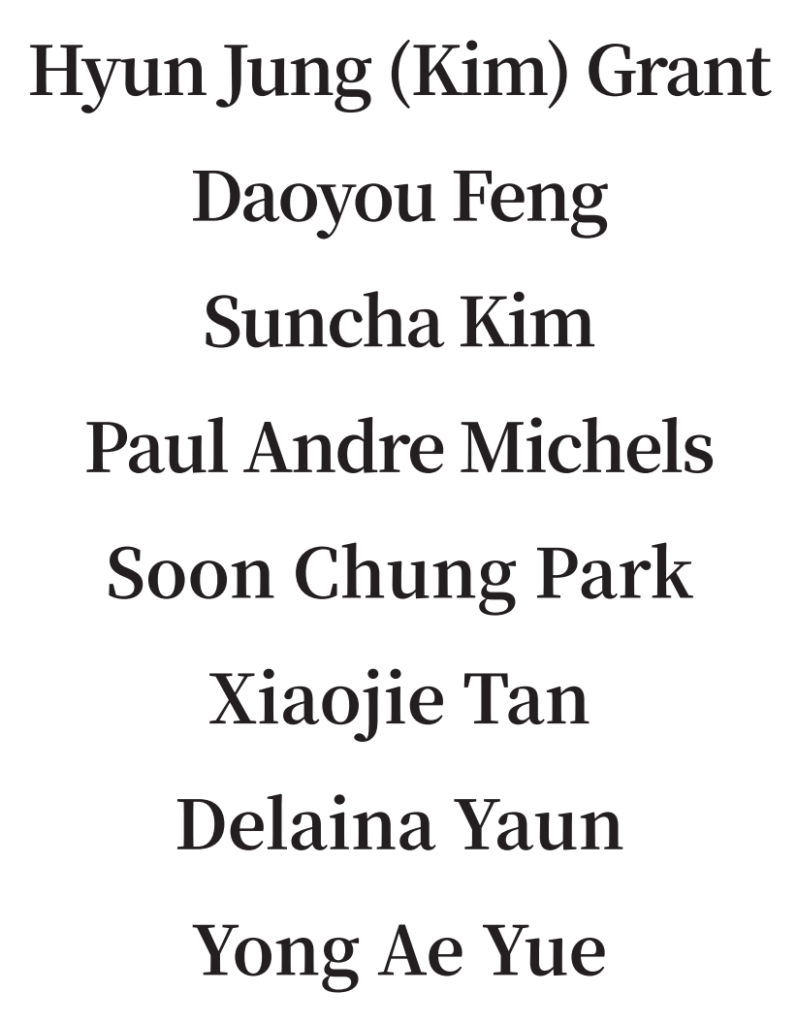 There was no longer shock or horror for political sciences professor David Takitaki when he heard about the shootings at three Atlanta-area spas on Tuesday, March 16.

He felt a degree of sadness for the eight people who were shot and killed, for the six Asian women who were murdered and for the fact that shootings like this were not shocking anymore. “It’s just sad; I just see the headline, and my heart drops,” Takitaki said.

Long told the police he was addicted to sex and was on a mission to eliminate the spas that he saw as temptations. He was arrested Wednesday, March 17 and charged in all eight killings – four counts of murder and one count of aggravated assault for the attacks in Cherokee County and four counts of homicide in Atlanta, according to the Washington Post.

Cherokee County Sheriff’s Office Capt. Jay Baker said in a press conference last week that “[Long] was pretty much fed up and kind of at the end of his rope. Yesterday was a really bad day for him and this is what he did,” which sparked backlash that led to Baker being removed as the spokesperson
for the case.

“The fact that the excuses were made is ridiculous on its very basis,” Takitaki said. “Anyone who has any vague sensation of what’s been going on in this country between law enforcement and people of color across the board should look at something like that as a primer on how to not communicate with the public as a police captain who is spokesperson for
their department.”

Office of International Education director Piram Prakasam said when he heard of the shooting, he believed it to be targeting the Asian American Pacific Islander community and women, and that it’s being brushed aside as a deranged person’s actions instead of a systemic racial issue.

“Giving an excuse, saying he had a bad day, it’s offensive to the people who have died,” Parkasam said. “It belittles [the victims] and the depth of the tragedy. Words matter and ‘bad day’ is a very inappropriate choice of words in that it comes across as an excuse.”

Pharmaceutical professor Qian Ding, who moved to the United States from China when completing her graduate degrees, said she does not agree with the officials who are delcining to categorize the killings as racially motivated.

“It’s terrible for their families it’s tragic. The families of those people are ruined,” Ding said. “If you just look at the numbers, six of the eight were Asian woman and… there is a high possibility that it’s targeting minorities and targeting these Asian women.”

No one can speak to Long’s motivation, but if sex addiction was fully to blame, Takitaki said anyone could drive 10 miles from their home and find something that could be considered temptations, but the places Long chose were ones owned or populated by Asian Americans. “I find it difficult to believe that there wasn’t a strip bar somewhere near those massage parlors,” Takitaki said. “But that’s what he chose. The fetishization of Asian women goes back
a long way.”

While the sexualization of women in general is an issue, the sexualization of minority and especially Asian women has a different tone, according to Takitaki. The direction, content and victimization tends to be harsher when it comes to minority women, he said. If the sexual addiction was the driving factor in the killings, Takitaki said that it would not surprise him if inherent in that addiction was “a conception of Asian American women as being both sexualized and submissive or somehow less human, and that made it easier for him to
do what he did.”

The killing of the six Asian women is the peak of a rise in anti-Asian racism in the past year. The Stop AAPI Hate National Report recorded nearly 3,800 incidents from March 19, 2020 to Feb. 28, 2021, with physical assault making up 11.1% of all incidents. Verbal harassment made up the largest category with 68.1% of all reports. The report states that the number of hate incidents reported represent only “a fraction of the number of hate incidents that actually occur, but it does show how vulnerable Asian Americans are to discrimination.”

While more obvious forms of hate incidents have come to light recently, members of the AAPI community have faced more subtle forms of racism for years. Takitaki, whose father is from the Island of Tonga, was born and raised in Grand Haven, where his mother is from. He said it was easy to be welcoming of the diversity that existed there, because the diversity posed no threat to the community’s overall hegemony (social dominance of the white population). “The fact that a few people had interesting names and darker skin tones didn’t seem to matter much, because everybody kind of fell into the same cultural ethos,” Takitaki said.

However, the racial microagressions were still present, though they were more subtle. It meant getting included less frequently, or getting moved from a front-and-center position from his job at a watch and jewelry repair shop in high school because “older white ladies who were frequently customers weren’t quite comfortable walking up to the large brown kid to have these particular details attended to.”

“Over time you start to recognize patterns and I think it’s just like anyone who is a victim of blatant racism, you can see a mile away,” Takitaki said. “Anyone who is being kind of just quietly and conscientiously excluded starts to see the pattern, even if other people can’t because it does happen over and over again.”

One of the factors Takitaki believes influenced the recent crescendo of anti-Asian sentiment is the language used when speaking about the COVID-19 pandemic, especially by politicians and former president Donald Trump. Members of congress called out Trump specifically for his use of the terms “China virus,” “Wuhan virus” and “kung flu.” The accessibility Trump had to a national platform through Twitter and his “ability to dominate a media cycle by typing 160 words into [his] cell phone” had “undoubtedly” influence conversations and opinions,
according to Takitaki.

“President Trump knew that he could activate big portions of his base and simultaneously defray his own culpability for a failed response to the pandemic by pointing the finger elsewhere,” Takitaki said. “He did so deliberately and repeatedly and without really realistically any kind of forethought or shame.

“So yes, absolutely, when you have someone like that, who is deliberately trying to recategorize and frame a tragic global pandemic, as being something of Asian origin, you are going to see people in the United States reacting to that.”

Ding believes that the increase in reporting should catch the public’s attention as a serious issue, because Asian Americans were victims of the
COVID-19 pandemic, too.

“These are women, these are seniors, and those people are also victims of the COVID-19,” Ding said.  “The Asian American community, they are not the people who should take responsibility for this virus and they are victims.”

Takitaki feels that over the last several years there has been an existing grievance of the “white, angry hegemony” and the COVID-19 pandemic has directed towards the AAPI community. There has been a cultural shift away from white hegemony to something more inherently multicultural, and “it seems of vitriol and violence comes from the fact that that hegemony is not just threatened, it’s
losing,” Takitaki said.

President David Eisler sent out a message to campus on Wednesday, March 17 in support of the campus’ AAPI community, calling on the Ferris community to “call out and act against all forms of racism.”

“Xenophobia and racism have no place in our communities, and we stand firm in rejecting anti-Asian sentiments, comments and actions,” Eisler wrote. “Let us all play an active role in ensuring we have a safe, welcoming and inclusive community. To our Asian American and Pacific Islander students, faculty and staff, we stand in
solidarity with you.”