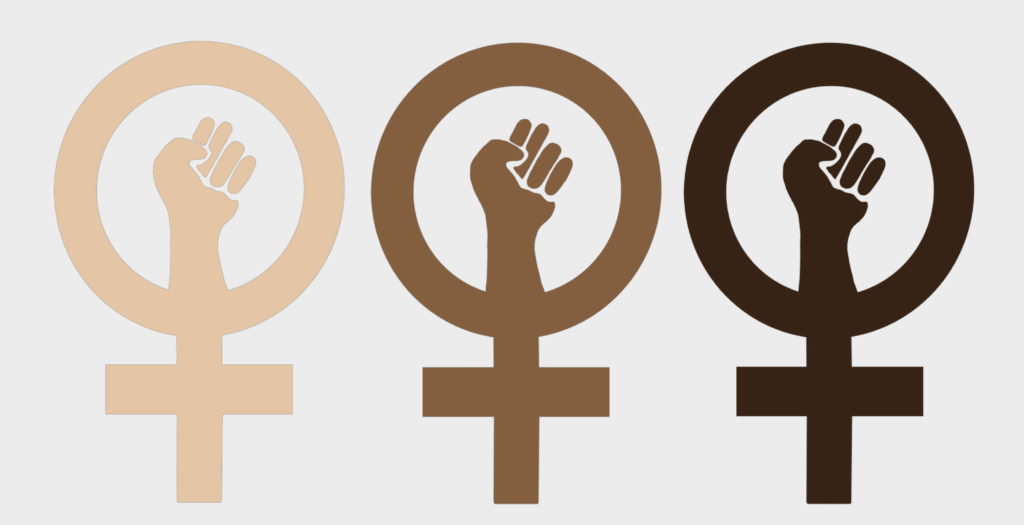 The very first wave of feminism in the United States began at the 1848 Seneca Falls Convention in Seneca Falls, New York at the Wesleyan Chapel. According to a History.com article, Cady Stanton and Lucretia Mott proclaimed, “We hold these truths to be self-evident; that all men and women are created equal,” and that therefore, women deserved the right to vote.

Fortunately, the feminist movement has aided in substantial progress for the rights of women. In the 2010s, feminists brought to light prominent cases of sexual assault, focused on combatting misogyny and ensuring women have equal rights. As the movement progresses, the agenda for the movement evolves as well. Women also think about feminism in different ways.

“Feminism [to me] is an ideology and range of social movements that advocate for equality and equity of genders,” said humanities professor Rachel Foulk. “There are many different waves and many different approaches, but I think at its core feminism is about equality of genders.” The ‘wave’ metaphor confirms Foulk’s idea that gender activism in the United States has for the most part been unified around one set of ideas, known as feminism, which focuses on equality for all people.

“There are certainly many branches of feminism, and they have evolved,” said humanities professor Ann Byars. “How I view feminism is much like how I would view something like religion or your political leanings: it’s a value to me more than a belief. Sure, everyone has a definition. But, as I get up there in years, it changes for me, and now I see myself more as an active facilitator of crusades and a support system because I have gained wisdom over the years.”

Feminism has been widely welcomed on college campuses as wide ranges of new ideas and concepts are introduced to college students. According to the National Center for Education Statistics, 11.3 million college students are women compared with 8.7 million men, and 63 percent of these women identify as feminists.

“As a whole, academia is where people are given creative freedoms and openness for their mind to work and be a visionary. So, I like the idea that universities take a leading role in inspiring change in the feminist movement, however they see it,” said Byars. “I think academia overall is the leader in the feminist movement because that is where young people can be introduced to these ideas, accept them as their own and adopt them.”

It is easier to find like-minded women who stand alongside one another in the movement when there is a female majority in higher educations. According to University Stats, there were 7,130 female students and 6,120 male students at Ferris during the 2018-2019 academic year. There is a deep recognition for personal worth among women on college campuses today.

Foulk explained that feminism present on the Ferris campus will only work to better everyone else’s lives, no matter what gender you are. She added, “Young people are going to college to become educated and start their careers. You are the leaders of our country and our world. I think that it is important we recognize we still have work to do and that you can make an impact.”

There are multiple ways to make an impact and be an active feminist. Byar expressed that there is a space for everyone to support the feminist movement; feminists do not have to be an only-female movement. She said that everyone can consciously make the effort to support, whether it be financially or through attending events and volunteering. Foulk feels everyone needs to be more mindful of their biases. Each person has been subject to bias societal systems, and examining these can be helpful to the movement as well.

“In our everyday life we need to make sure we are advocating for others,” said Foulk. “Let’s say you’re hosting a group discussion online. Make sure that women, men and non-gender binary people are included. We also need to-where we can safely-call out injustices when we witness them.”

Being a feminist means fighting for the equality of all people. Feminism allows people to look at the world not as it is, but how it could be. Byars said,“In the last five years I have seen the most active, politically passionate, driven people in my classrooms. It is outstanding what I am seeing, and you’re ready.”