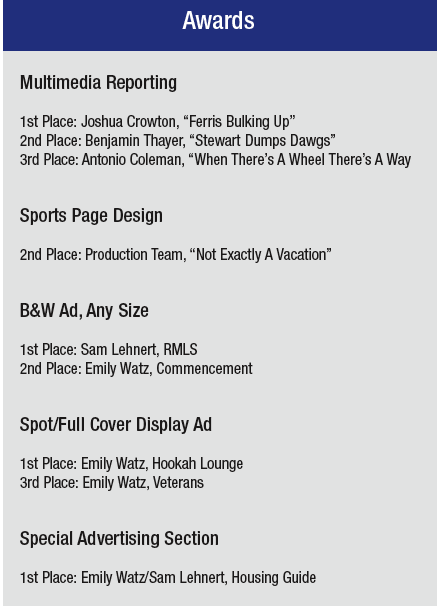 The Torch was entered in the Division II portion for each represented category.

“It was good to get some recognition for the hard work we’ve been putting in,” said Lehnert.

Watz said, “It was pretty cool for both of us to see we made a quality ad; it was a good feeling.”

Both Lehnert and Watz are proud the work they put into the ads last year was recognized by the MCPA. n