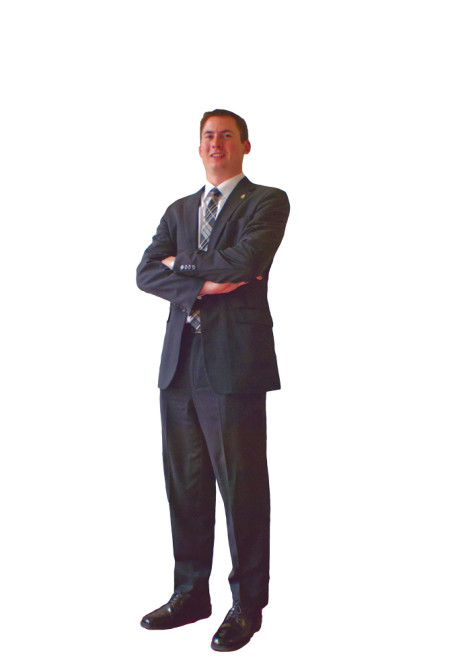 “This school has done so much for me and I want to give back to Ferris State and the student body,” Kalinowski said.

Kalinowski ran against Ferris Administrative Assistant Amanda Jewell for the 2014-15 presidential election. Jewell came in behind Kalinowski with 86 votes.

“The election went very well and the turnout was good,” said Student Government Director of Internal Assessment Kelsey Beson. “We can only hope to increase the voter turnout every year from the student body to increase the participation within and outside of student government.”

Kalinowski and Jewell ran as write-in candidates for the election. They couldn’t be placed on the ballot because they haven’t served two consecutive semesters in student government prior to the election.

A total of 272 votes were cast, an increase from the 67 total votes cast in the 2013-14 Ferris student government presidential election.

In the 2013-14 election, the election results were not released. This prompted the Torch to file a Freedom of Information Act (FOIA) request for the public information on Oct. 30, 2013. The request revealed 0.005 percent of the student body had voted last year. While this year’s election spurred approximately 200 more voters, the 272 votes account for 0.019 percent out of the 14,003 spring 2014 enrollment.

“We plan to continue and be creative with publicizing the elections to continuously increase the elections,” said Student Government Public Relations Specialist Carman Plank.

According to Plank, a press release and video was done to publicize the election as well as tables in the IRC and the Rock to aid voters with a laptop to vote.

Out of the 272 votes cast, 269 were approved and 267 were counted for the president election. There was one duplicate vote and two voters could not be confirmed as current Ferris students. An additional vote was cast as a “test” vote and one student voted for a senator but not for president.

“The goals of Student Government this past term was to increase transparency, representation, and collaboration at Ferris State University,” Kalinowski said. “Student government will continue with these goals but will focus on increasing inclusivity, opportunity and unity.”

“Student government will create a more welcoming atmosphere where every student can give their input,” Kalinowski said.

According to Kalinowski, the student body has accomplished a lot this year.