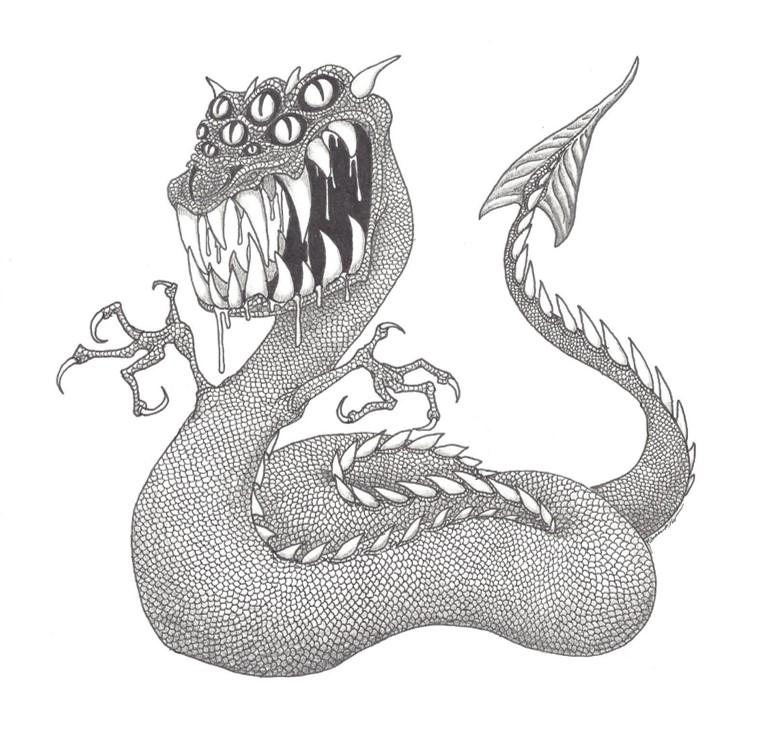 The vent belching hot—albeit putrid—air outside of Hallisy Hall can be a godsend for students walking to class on a frigid morning, but has anyone ever stopped to wonder where the warm air originates?

“I think it has something to do with the building’s heating and cooling system,” Ferris HVAC freshman James Stibletts said. “I’m not entirely sure though, propbably because I only went to class six times last semester.”

If a heating and cooling system was to blame, it would seem rather peculiar that Hallisy is the only residence hall on Ferris’ campus with a vent spewing hot fumes adjacent to its grounds, despite every building having the same system for regulating temperature.

While this possibility is a decent enough guess, after some intense investigative journalism and a bit of breaking and entering, the truth can finally be revealed.

A creature lives below Hallisy Hall. It is not of this earth, yet it doesn’t seem to have descended to our world from space either.

The creature crawled forth from the very depths of hell.

It’s an enormous snake-like creature with venomous fangs and blood-red scales. Think of the basilisk from “Harry Potter,” but with more eyes and sharp, jagged appendages.

This creature exhales the foul-smelling gas that some students resort to walking through during their colder commutes. Yet it doesn’t lie dormant without feeding.

The hell spawn below Hallisy must be fed once per month, and it feasts on only one thing.

So how does Ferris appease this bloodthirsty creature without raising eyebrows or amber alerts?

That question can be answered with another question. Have you ever seen a group of 20 yellow baggers exit the Timme Building, only to see 19 of them make it back?

Yes, that twentieth member of the pack is sacrificed. Sometimes the tour guides lure them into the lair with promises of sorority girls that, “just love younger guys.” Other times, they are assured that a real life college rave lies on the other side of the heavy wooden door seperating mankind from the serpent.

Whatever the excuse, Ferris finds ways to keep its biggest and hungriest secret happy so that it doesn’t surface and pose a threat to the students actively attending Ferris. Speaking monetarily, the lives of touring high schoolers mean far less to the university than a full-time student already forking over their tuition money.

So long as the creature is picking its teeth free of yellow bags and “class of 2016” apparel, students at Ferris are safe, and can stroll through the warm air that the Hallisy hell hole offers.