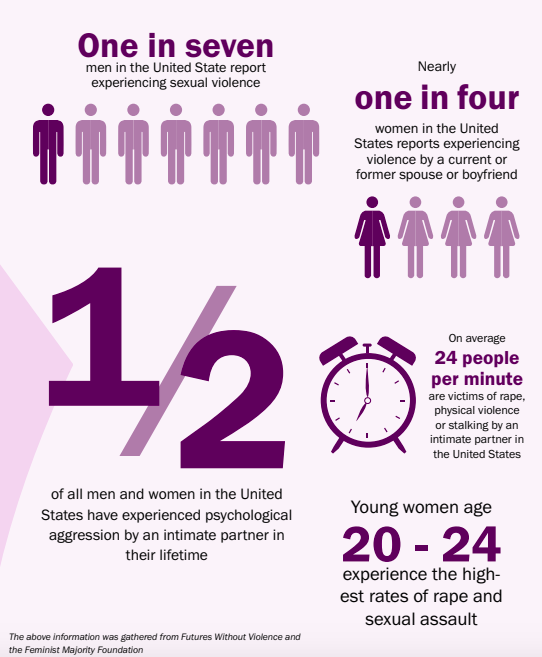 A group of students and faculty called the Anti-Violence Coalition (AVC) is working to educate and draw awareness to the problem of sexual violence on campus.

In fall 2019, the AVC is bringing in educational workshops called Bringing in the Bystander to teach students about being a meaningful bystander. More workshops are expected in the upcoming weeks.

“The mission of the coalition is to educate, train and empower a multidisciplinary team of faculty, staff, students, that are committed to adapting, expanding and developing new approaches to sexual violence prevention efforts at Ferris State University,” Dean of Student Life and AVC staff member, Joy Pulsifer said. “The coalition will (commit/invest in/strive to) build a healthier, stronger and smarter community by delivering powerful, effective, research-informed, and on-going awareness, education and prevention opportunities across campus focused on changing the culture and preventing sexual violence.

“The objective is to build our depth and breadth of anti-violence awareness, prevention and educational opportunities,” Pulsifer said. “As well as delivery in-person primary prevention at all student orientations, to all athletic and club sports teams and all fraternities and sororities. We want to invest in and deliver a new, expanded curriculum for bystander intervention focused on anti-violence prevention, and increase reporting and decrease violence.”

The AVC is made up of three faculty members, eighteen staff members and ten student members. Student members are called Peer Educators.

In December 2018, the coalition was awarded a grant from the Michigan Department of Health and Human Services, which allows them to put on the bystander trainings.

“I’m a Peer Educator,” political science senior Charnice LaGrone said. “I want to make an impact, not only on this campus, but in the world. Sexual and domestic violence are both issues that have affected so many people, and I feel it’s one of those topics people avoid talking about. I want to get people to the point where they can actually have conversations about sexual violence and encourage them to take action, so that we can create change. I want people to learn how to be positive bystanders, and they understand the difference between positive, negative and neutral bystander, so they make a difference.”