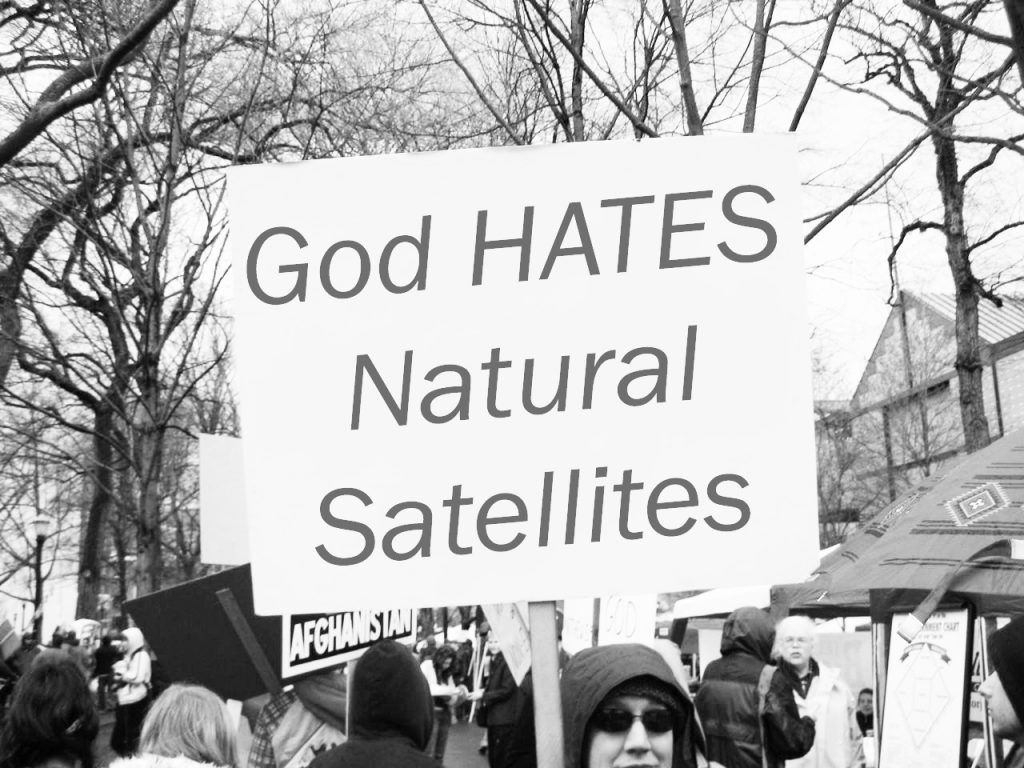 Tiki torches burned with the hatred of more than a hundred white supremacist protestors who voiced their displeasure with the moon’s attempts at “blacking out the sun.”

On Monday, Aug. 21, a local Big Rapids hate group gathered in front of Ferris’ Rawlinson Observatory in protest of the total solar eclipse.

“We figure that this whole eclipse thing is just a setup by them sumbitch liberals to destroy our way of life,” Big Rapids racist Georgia McPatherly said. “What people don’t understand about white people is that God picked us to be better than everyone else.”

A total solar eclipse occurs when the moon passes between the Earth and our view of the sun. The last time this type of eclipse was visible from the United States was in 1979, but eclipses have regularly taken place throughout human history without the input of man- liberal or otherwise.

The protestors raged on for hours into the night with chants ranging from, “Goodnight Forever Moon” to “Obama is an evil reptilian terrorist who created the moon and hates America also Dale Earnhardt Jr. is the greatest NASCAR driver of all time.”

“We’re disgusted that the moon would try to taint something as beautiful and pure as our white sun by blacking it out,” McPatherly said. “What’s next? Is the liberal snowflake moon going to try painting the White House black?”

The public still awaits response from President Donald Trump on whether or not action will be taken against the moon, though his Twitter feed is being watched closely for the Oval Office’s official stance on the matter.