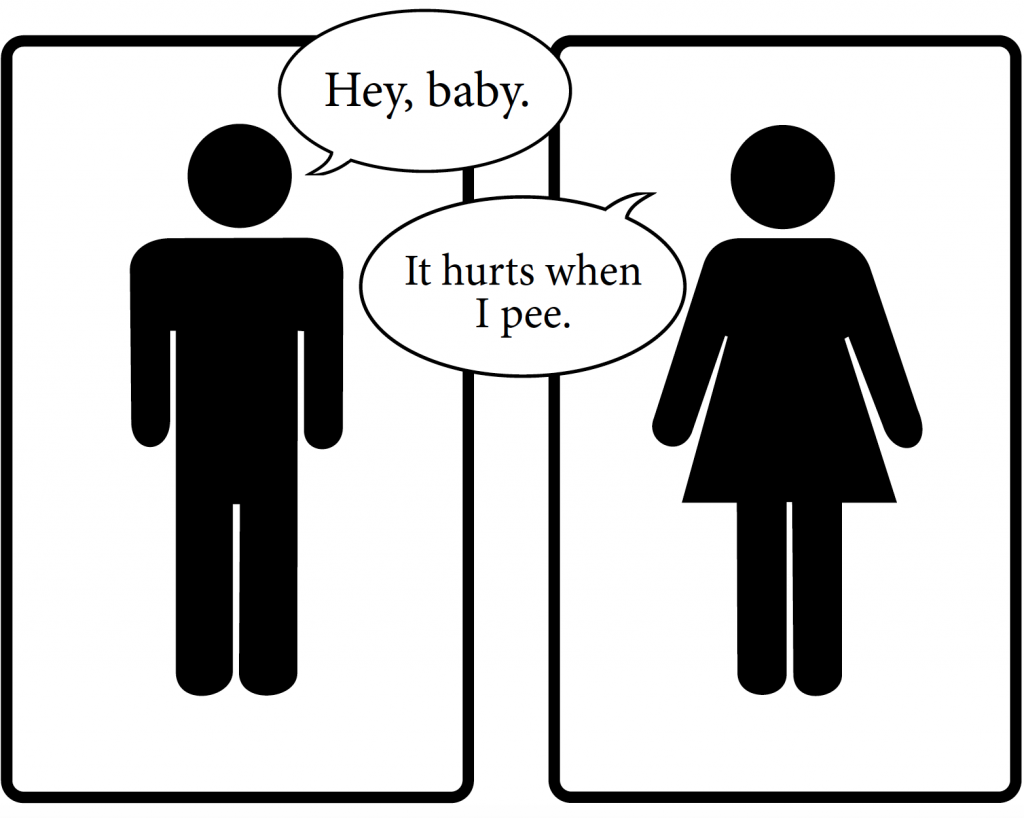 People go to Shooters for a variety of reasons: some drink away their GPA and others try to forget about how much student debt they’ll wake up with. Lucky patrons even spice up the party by finding love under the low lights.

Ferris philosophy freshman Chad Church learned his lesson the hard way after a woman left a parting gift for him of the venereal variety. After hooking up with a woman going by the name of “Lizzy Lips,” Church didn’t realize that something was wrong until it was too late.

“She was extremely hot and I thought that I was lucky she even looked at me. We left the dance floor at Shoots and occupied a stall in the men’s bathroom to get it on. I never talked to her afterwards,” Church said. “After the encounter, I started to notice that something was wrong with me.”

After complaining to roommates about a terrible itch in questionable places, Church disclosed that he declined to pay the health fee for access to Ferris’ Birkham Center. He instead opted to use the refund money to pay the cover charge at Shooters the night he contracted the disease.

“I wanted to drag him to Birkham to have some tests done but he’d have to pay out the wazoo to go there without his health fee paid,” Ferris applied speech communications freshman and Chruch’s roommate Billy Horne said. “Whatever he’s got is nasty. You know that meme with the dog sitting in a room that’s on fire and he says everything is fine when it isn’t? That’s what his life is like now, man. It’s really sad.”

Church is willing to consider being a test subject in an infectious disease research lab to fix his problems. His ordeal doesn’t stop him from going to Shooters, however.

“Whatever crazy shit is done to me by sleep deprived science students will always be better than going to Birkham,” Church said.

Church serves as a cautionary tale to all students who forfeit their Birkham charge with their tuition. While $47 back in your pocket seems nice for a while, you may go to a bar and get a venereal infection that will make you regret it.